Together with Niels Gores (Goose Frame) and the team behind D-Sturb, ASTØRY has been closely involved in the development of ‘The Next Level’ liveshows. We came up with a series of 6 exclusive live shows. Every show was entirely devoted to one level from the game. A game in which D-Sturb went through all the different phases of his career up. For instance, ‘Level 1’ was all about ‘The Dream’: the point in his career where he dreamt about certain goals. Whereas ‘Level 4’ – called ‘The Identity’ – was all about the moment he created his own signature style. During the final level, D-Sturb had to prove his worth and implement: everything he had learnt along the way in his set and track, that had been producing especially for this show. 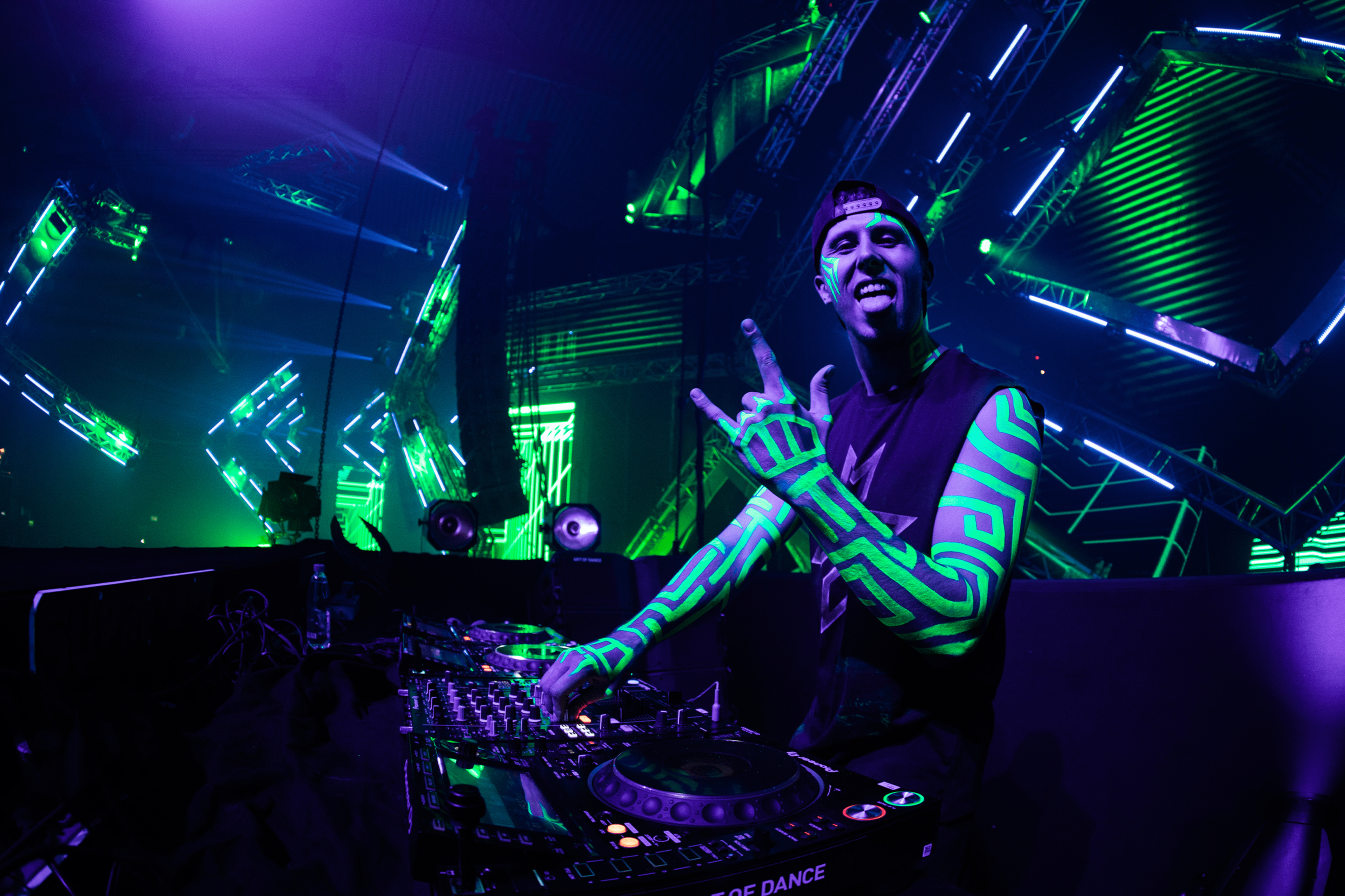 Jorrit Popkema D-Sturb
For me, Stan is one of the most pleasant colleagues to work with. Besides delivering top notch quality videos at all times, ASTØRY is also one of the best concept-wise. When talking about deadlines, Stan’s the guy you want. The same goes for an professional approach, and you never have to worry he might overlook anything. Stan is a great guy who is always open for another person’s opinion and view on a matter.
Daniël Verstegen Most Wanted DJ
The collaboration between ASTØRY and Most Wanted DJ dates back to pre 2015. It began with shooting high quality recaps and videoclips, and grew to the creation of full concepts for video content, event and artist branding. Besides creation ASTØRY also played an important role in managing key parties, all involved in the projects. Stan is a man of following up on agreements and someone who is destined to raise the bar every single time.
Mark Reijrink CINEMARKS
Before the reveal of D-Sturb’s new liveshow, I collaborated with ASTØRY and Goose Frame on the trailer video and visuals for the show. Broadly speaking, the concept was familiar and I received a clear briefing about the next step regarding 3D animations. While the borders were already established, there was still room for creativity, which helped me a lot. During the delivery of each preview I received good and critical feedback. This certainly lifted to final product to a higher level!

Together with the graphic designer, we sat down to create a surrounding for each level. These surroundings appeared in each new trailer, show, recap and album cover during the course of the liveshow. 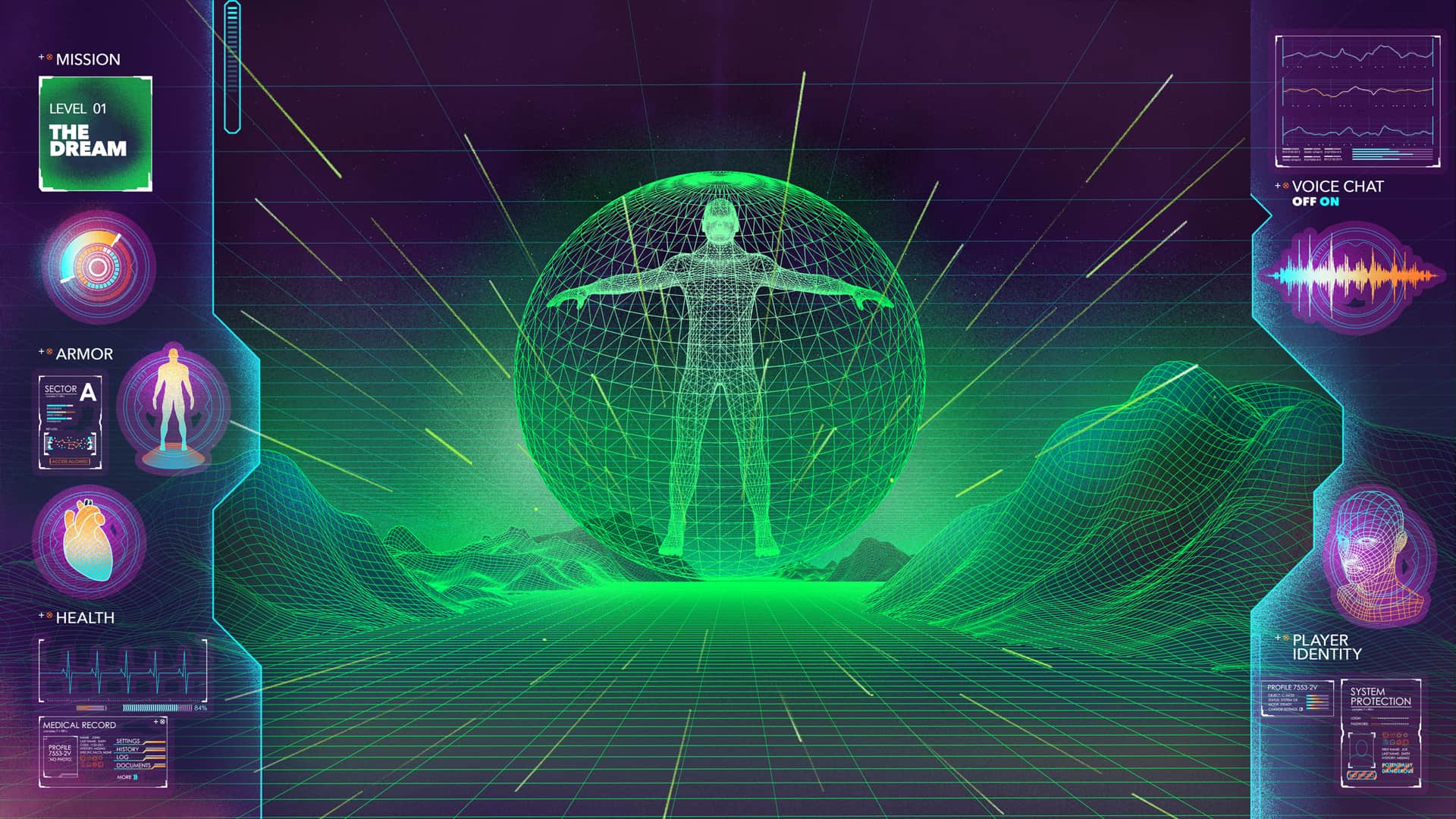 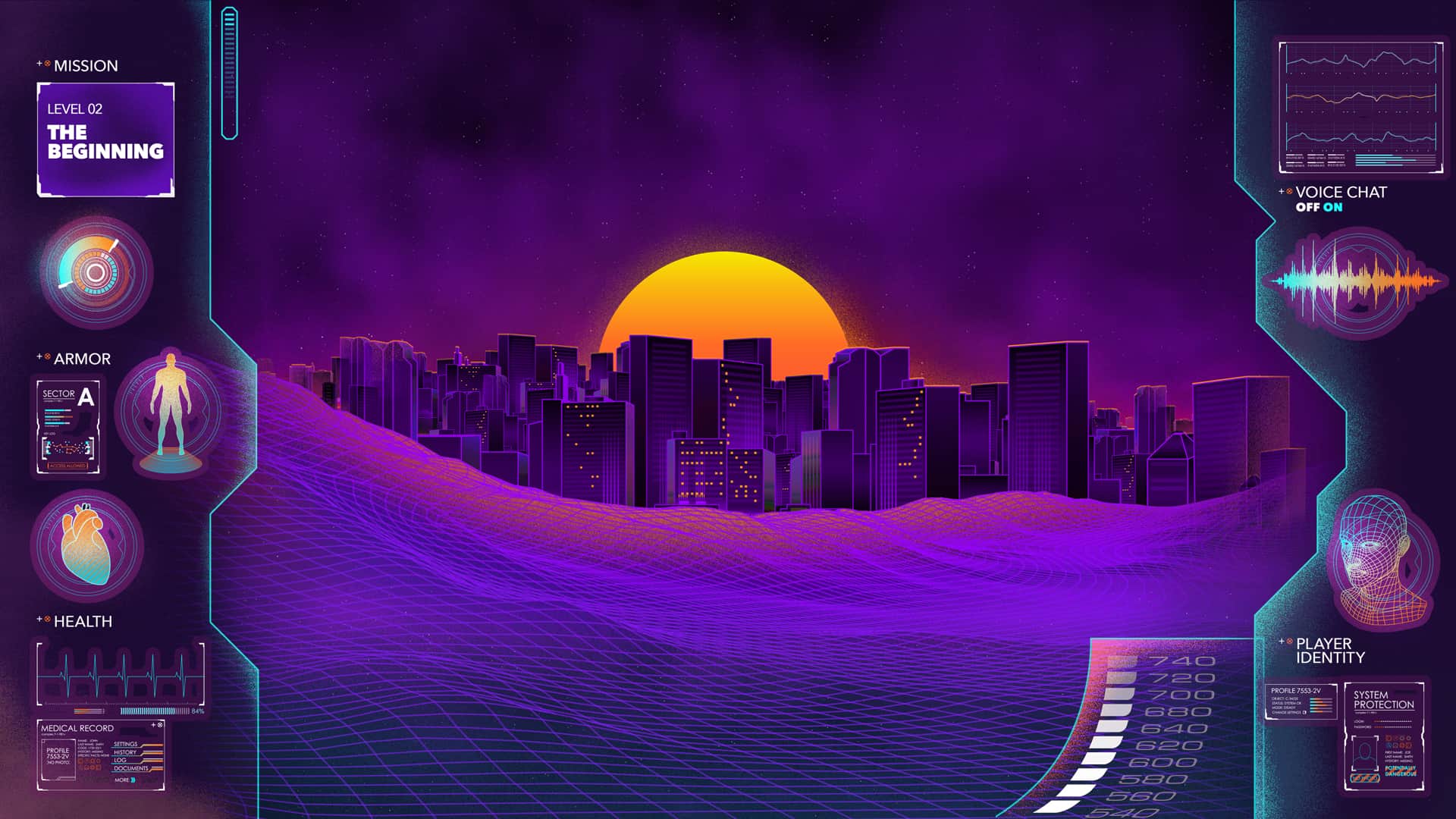 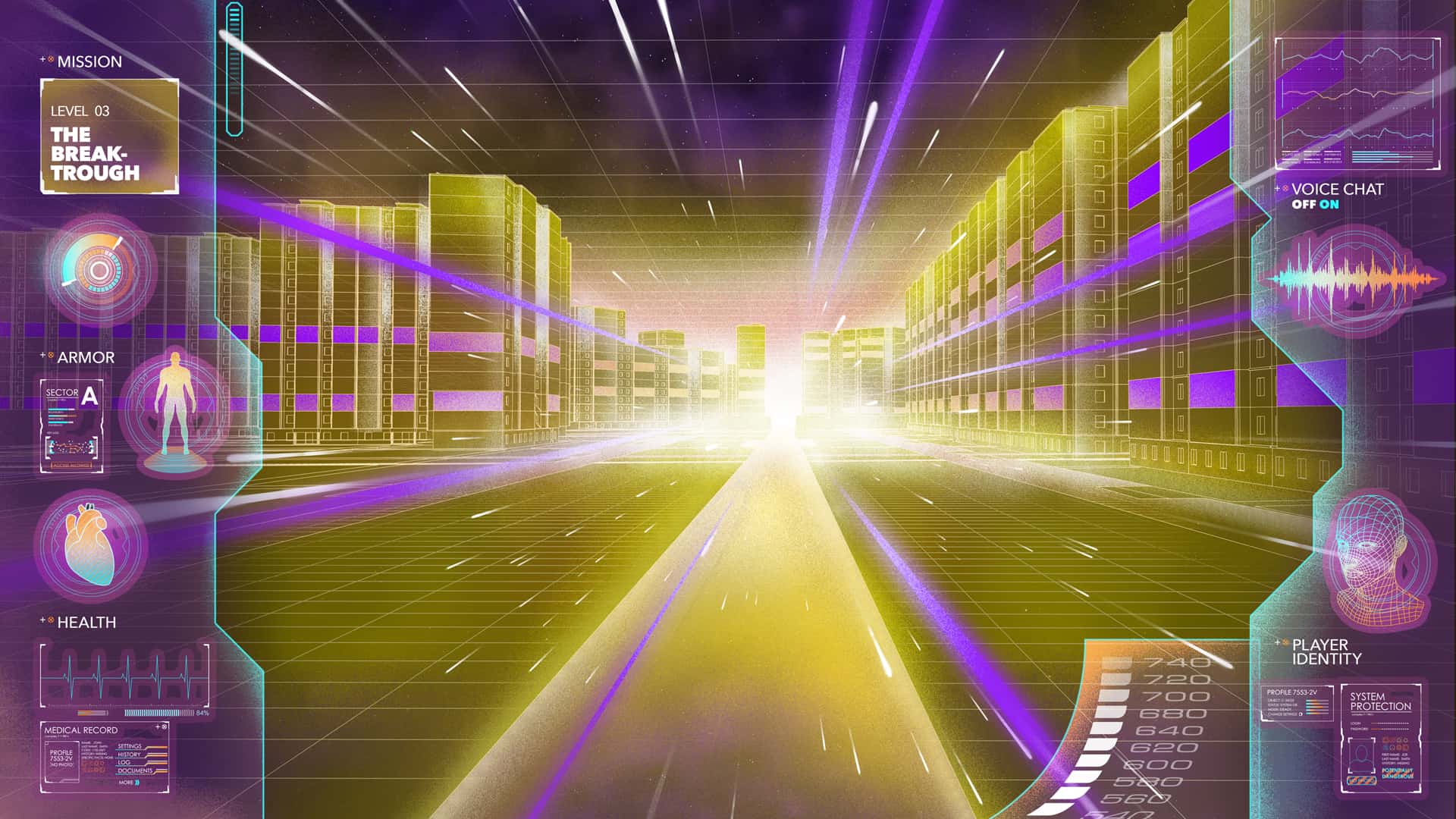 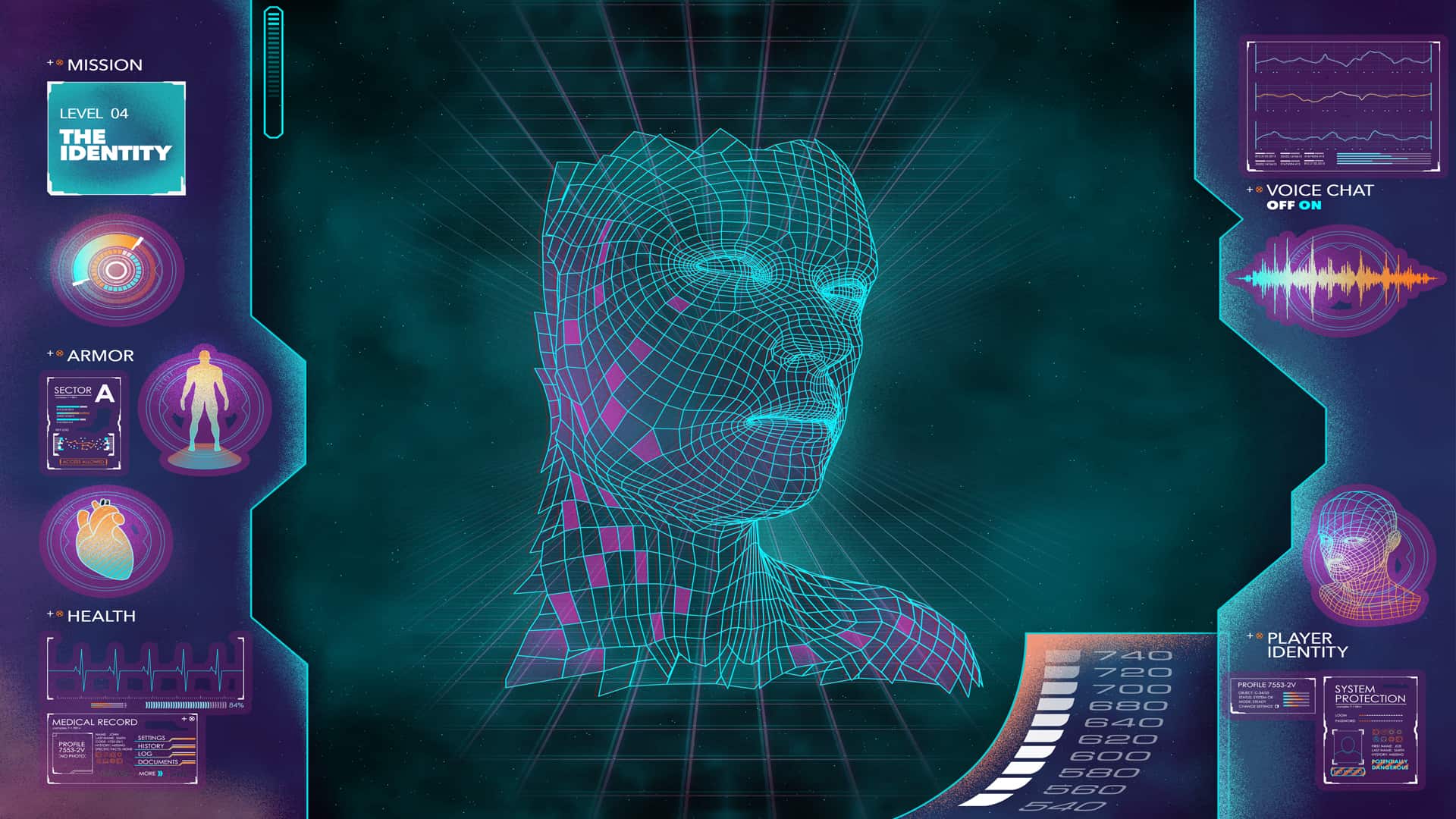 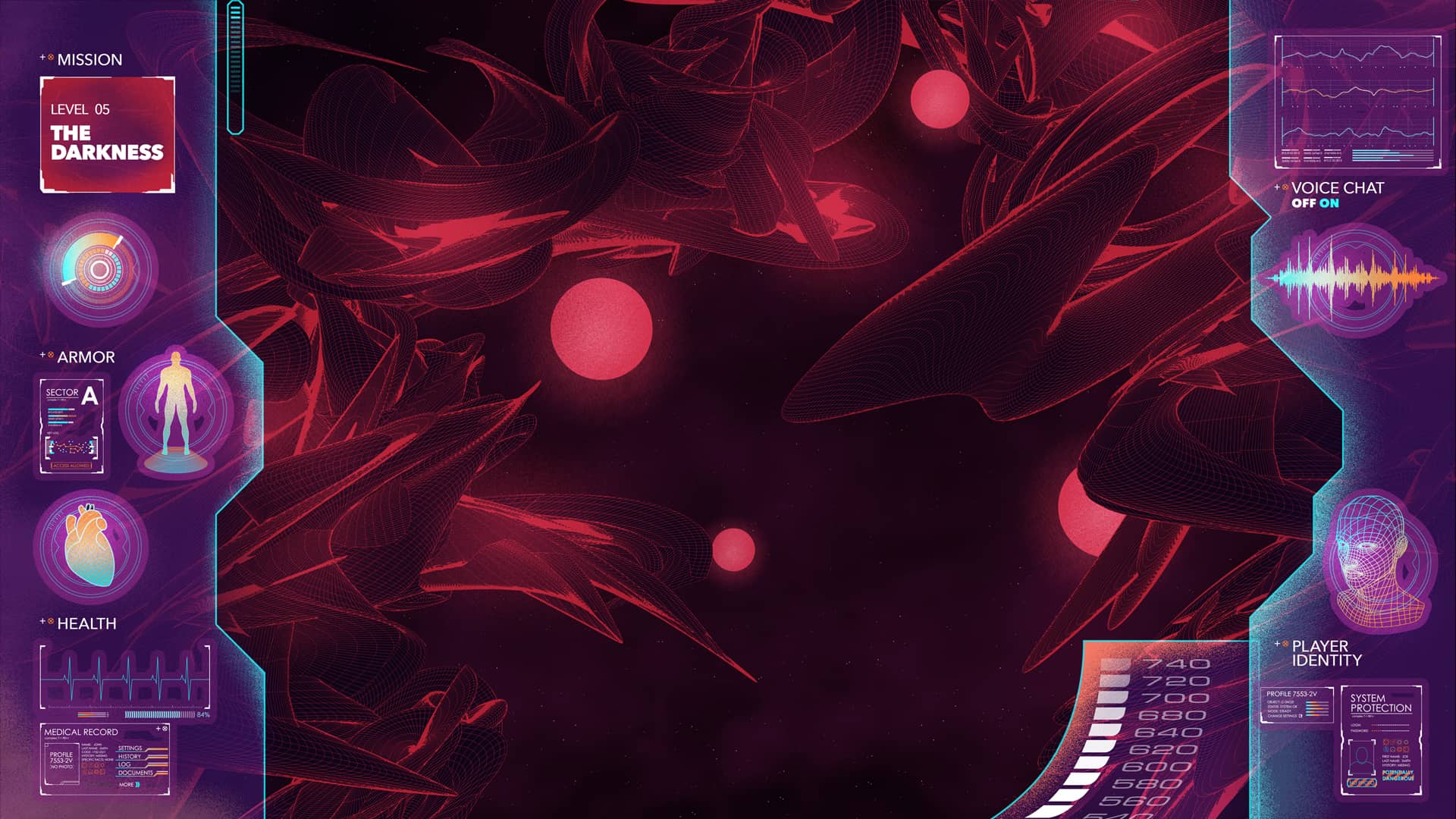 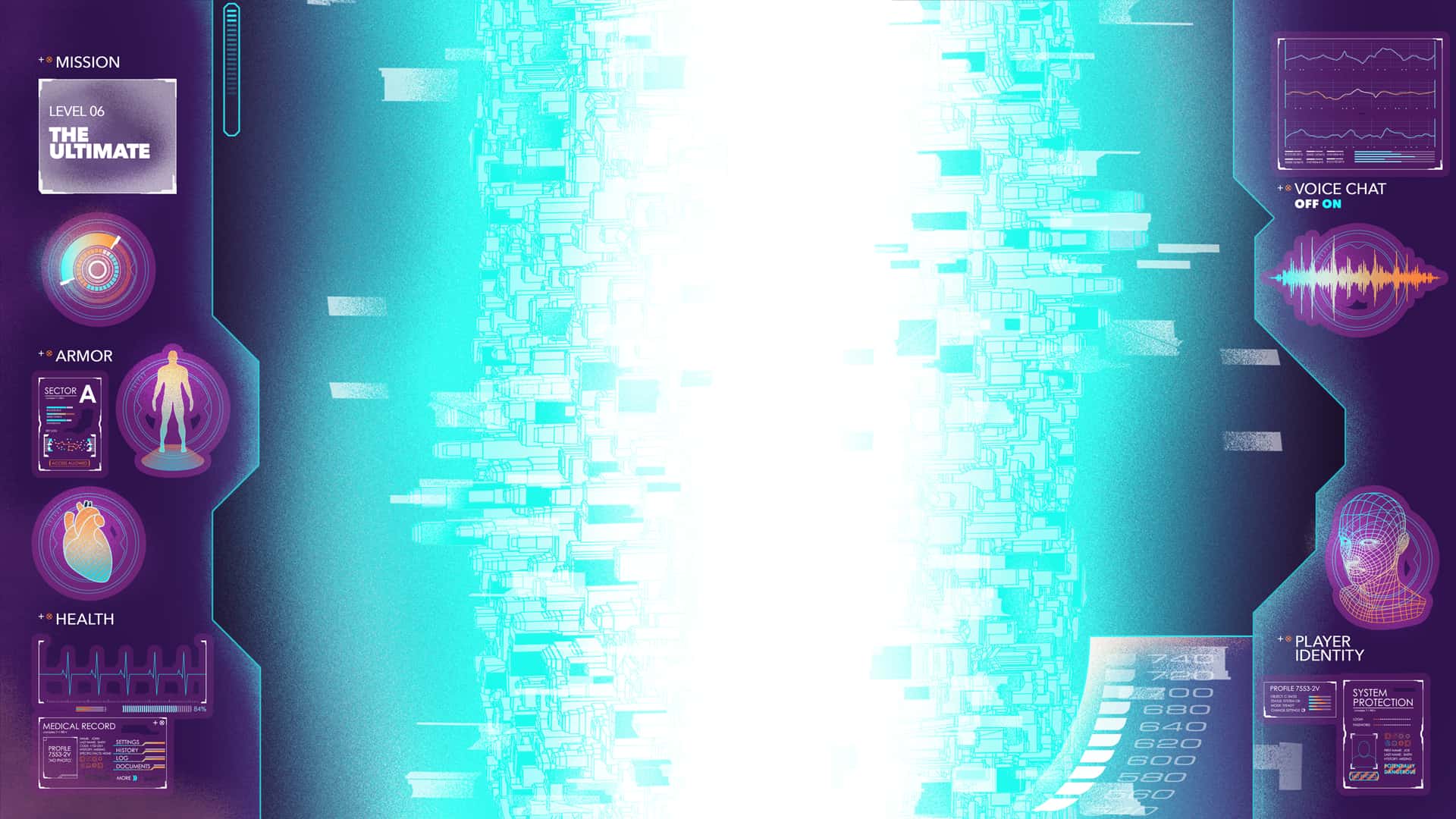 A week before the first show (Supremacy 2018) we launched a trailer. Up until that moment, visitors were still unaware of this completely new liveshow. The trailer offered a brief introduction to ‘The Game’ and what people might expect during the show. We walked through 6 levels, making clear the act consisted of 6 unique shows. In the end we revealed the name of every level, pathing the way for endless speculation.

During each show (and therefore each level) D-Sturb received the mission to create a remix and/or produce a track. Each show was based on a particular moment in his career, so naturally this also applied to his missions. During ‘Level 1’ he was asked to create a remix for an artist he looked up to. And during ‘Level 3’, called ‘The Breakthrough’, he was asked to remix his personal breakthrough track. The final level asked him to create a track where everything came together and would fall into place, resulting in ‘The Ultimate’.

Each performance consisted of three major show moments: the intro, break and outro. During each intro the game would boot up, welcome D-Sturb and explain the theme of that specific level. After the intro each set started with 100% energy, fireworks and a massive drop. What came next, would be 15 minutes of music at a high pace. During the break D-Sturb received his mission and afterwards he immediately presented his creation, followed by two more moments with fireworks. After the soundtrack the show continued its fast-paced mix and during the outro D-Sturb was congratulated on his victory and progress – resulting in the game shutting down.

After each show we created a video recap, using the soundtrack of every specific level. This was the only way for people to listen to the track again, since they wouldn’t be released to the public. Each recap gave an epic impression of the show and story behind it.

In order to add weight to the liveshow we came up with a special outfit for Jorrit (D-Sturb). We created a game character for himself, wearing his famous cap, a shirt with ‘The Next Level’ logo, shorts and reflective tribal arrows on his body and face. The tribals had to stand out obviously, to make the effects more visible. Therefore we put up numerous of black lights in the DJ booth, in consultation with the organizations. The result was superb and perfectly justified in the aftersales.

After the 6th level we released ‘The Next Level’ EP, a mini-album containing all 6 soundtracks of D-Sturb’s liveshow. Since the tracks had only been played once, it was quite a surprise and people had been craving it for a long time. The tracks received a massive amount of streams. 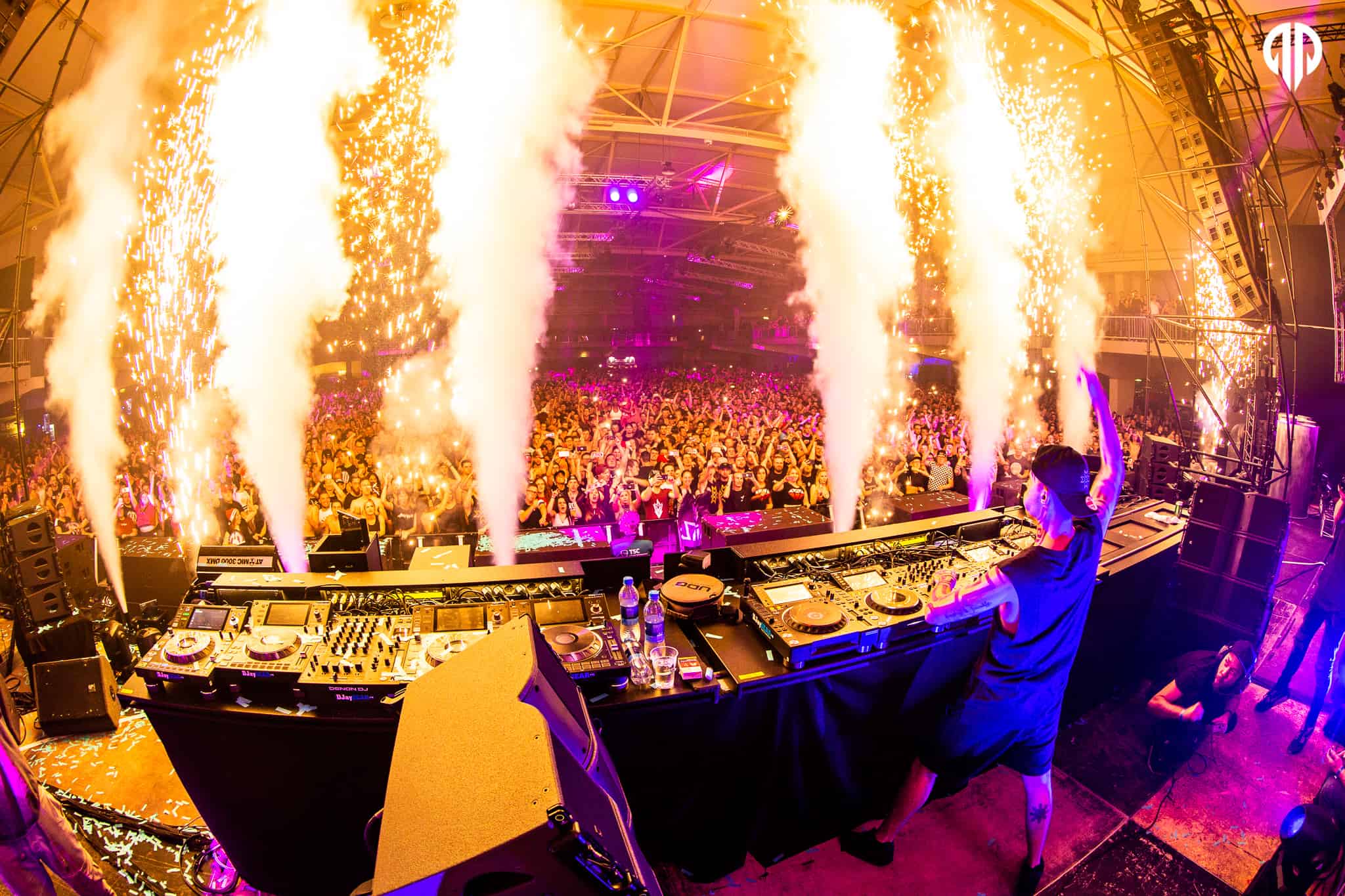 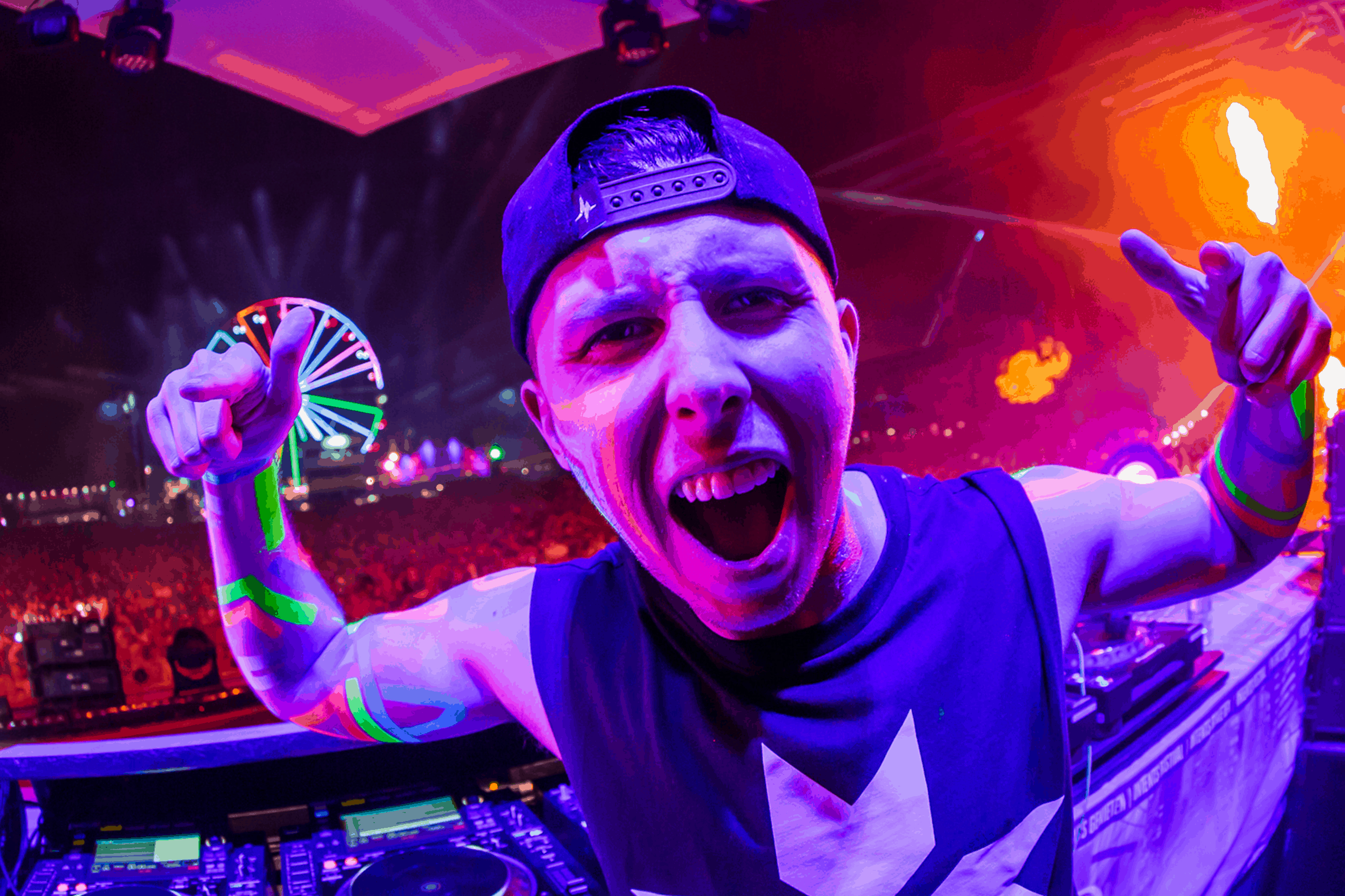 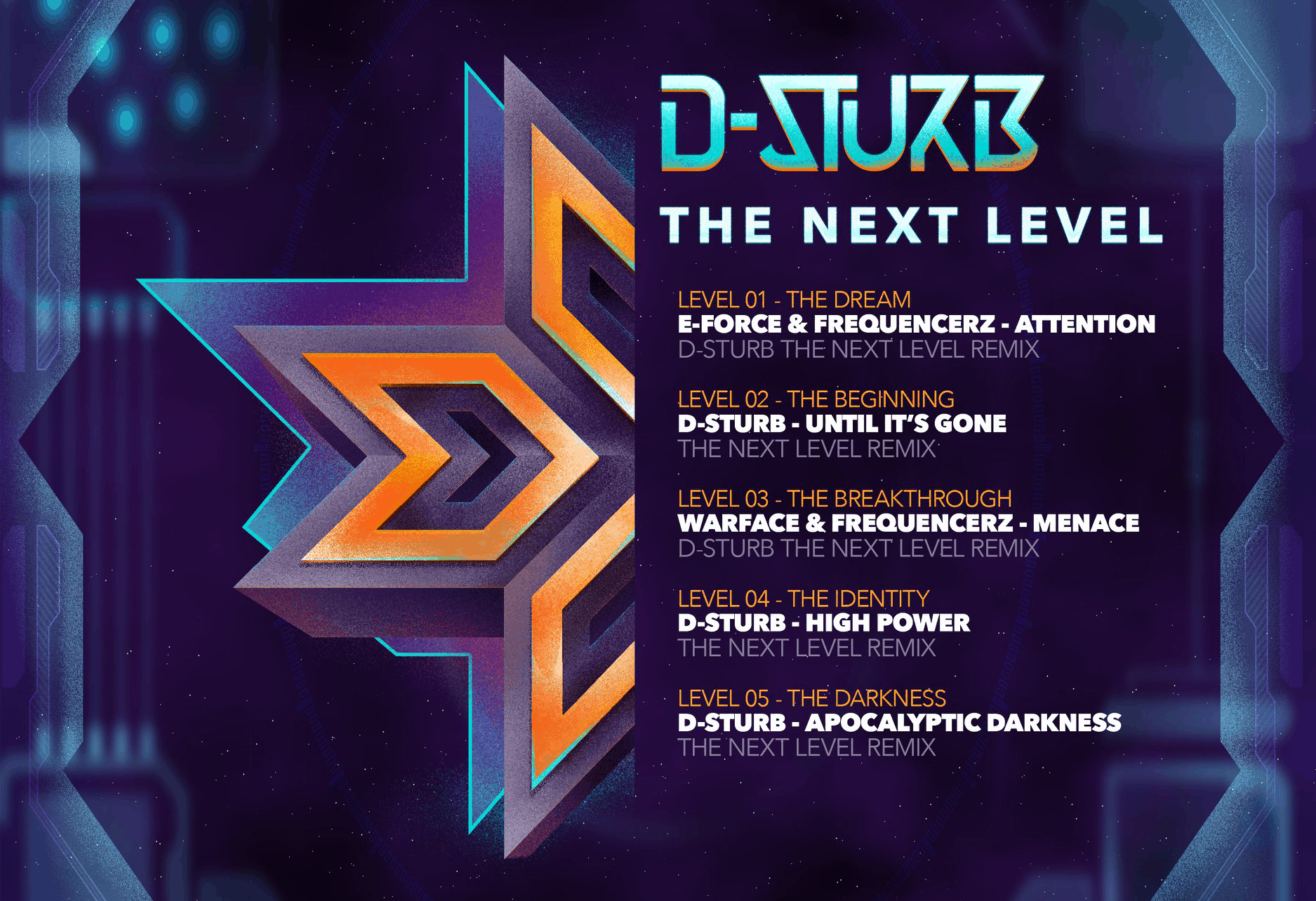 In less than a year after the final show we created a solo event around D-Sturb, together with Shockerz Events. ‘The Last Man Standing’, would prove to be the final level where the game appeared, in order to reminisce on an amazing adventure we experienced together. It was also during this Bonus Level that D-Sturb presented a new soundtrack. 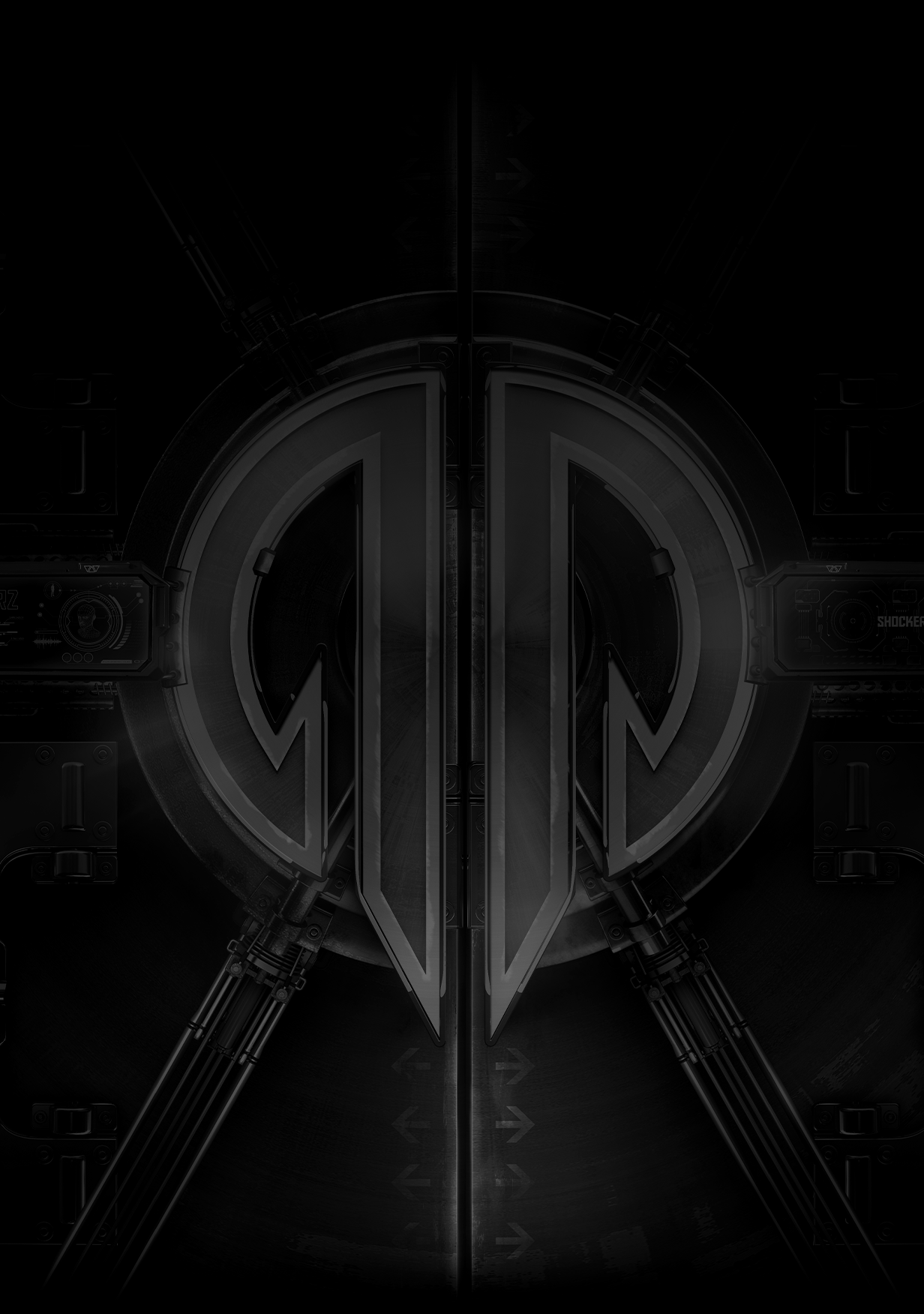